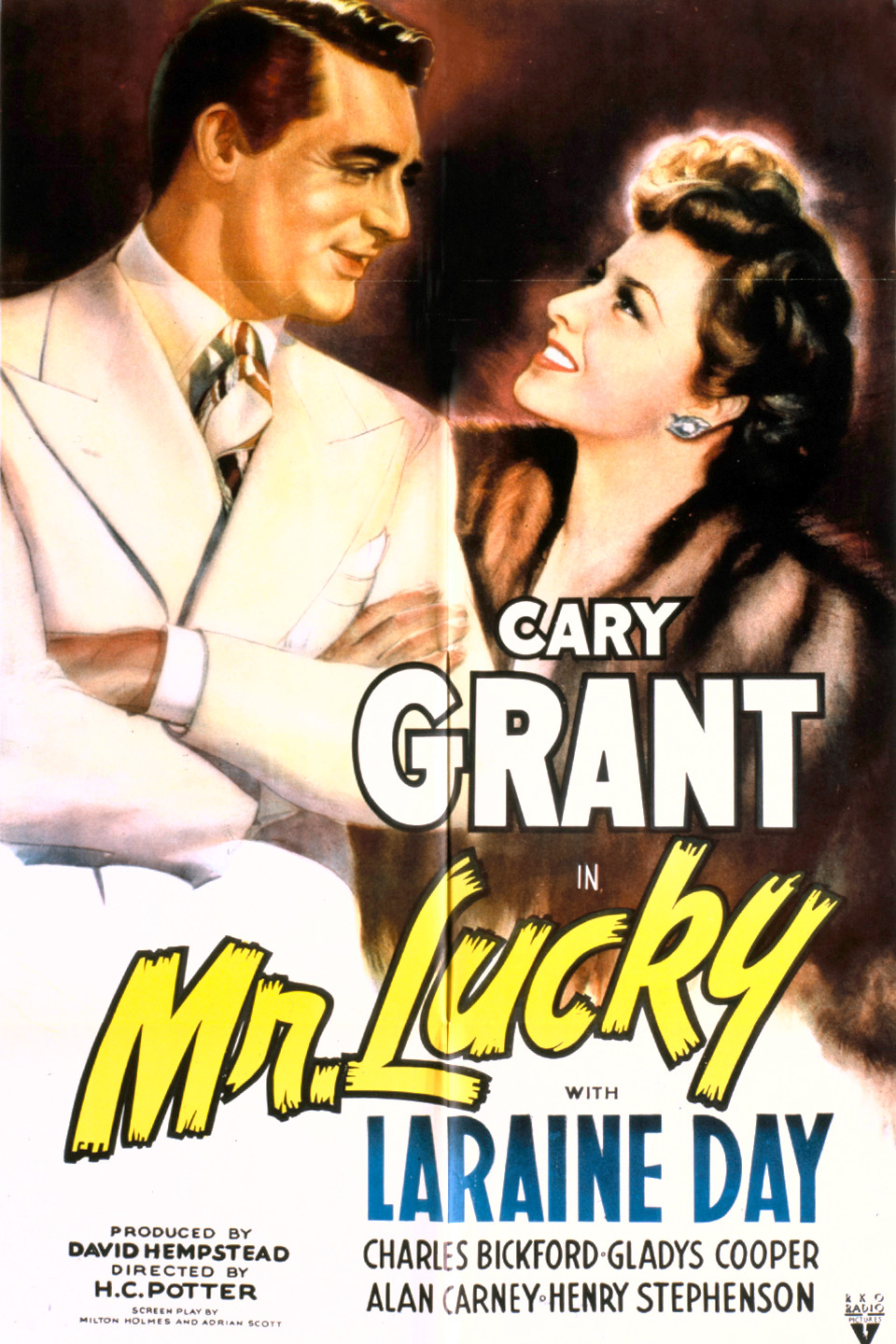 Released on the 28th of May 1943, Mr. Lucky is a romantic American film that follows the life of a grifter and a gambler, who unexpectedly falls for a social elite whilst trying to swindle her.

Mr. Lucky makes use of flashback-style cinematography to tell the story of Joe “The Greek” Adams, who gets called upon to join the army just before World War II.

Joe instead, sees an opportunity to fleece money from Dorothy Bryant, the lieutenant heading the War Relief Charity Ball. However, things change and drama arises when Joe starts to fall in love with her.

Directed by H.C. Potter and produced by David Hempstead, Mr. Lucky’s story was originally written by Milton Holmes in a Cosmopolitan short story, named Bundles for Freedom. The screenplay writers for this film were Milton Holmes himself, as well as Adrian Scott. 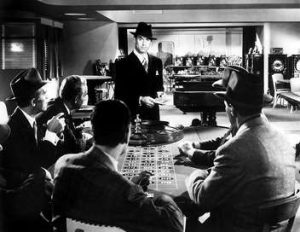 The film featured a celebrity cast consisting of actors such as Cary Grant, who plays Joe Adams, and Lorraine Day as the female lead role of Dorothy Bryant. Other actors cast in Mr. Lucky include Charles Bickford who plays the role of Hard Swede, Gladys Cooper as Captain Steadman and Paul Stewart as the role of Zepp.

Mr. Luck begins with a dock night watchman noticing a young woman at the end of the pier. Before he can approach her, former captain of Fortuna, Hard Swede rows up to the dock and explains that she is waiting for the owner of a ship that will never return. Swede then begins to tell the story of Joe “The Greek” Adams and his journey, which is displayed in a lengthy flashback.

It is preparation time for WWII and both Joe and his partner Zepp, look to avoid the draft by assuming the identity of Joe Bascopolous, a dying soldier who is declared unfit to serve. The two flip a coin and in spite of the fact that Zepp cheats, soon Joe Adams would only be known as Joe Bascopolous.

Upon examination, Zepp is declared unfit due to a heart problem and the two set out to take advantage of the War Relief event in order to fund their gambling ship’s trip to Havana. The aim is to convince the head of the local War Relief organisation to let them set up a casino within the event, in order to bring in more money and essentially steal most of it with false-bottom cash boxes. Captain Steadman’s lieutenant, Dorothy Bryant, protests against illegal gambling, but is eventually charmed by Joe and after much preparation as well as deception, the Charity Ball is underway. On the evening of the event, Joe receives a letter from the mother of the real Joe Bascopolous, who writes about the death of two of her sons who died in a village attack carried out by the Nazis.

Riddled with guilt and now falling for Dorothy, Joe decides to bail out but is confronted by Zepp, who threatens to expose him as a draft dodger. A struggle then ensues and the characters are thrown into a world of danger, violence, and even murder. The film does, however, come to an end on a far lighter note shortly after the flashback does, with a heartwarming twist for both Dorothy and Joe.

Upon reading Milton Holmes’ article, Cary Grant requested that RKO Pictures buy the story in order for him to star in it, and the film was well-received. The working titles for Mr Lucky were Bundles of Freedom and From Here to Victory.