Everything About The Wrest Point Hotel Casino 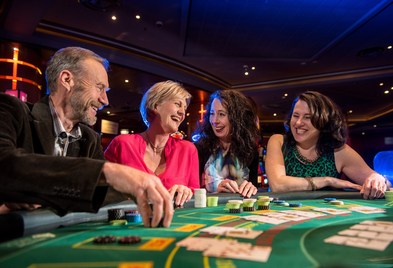 The History of the Resort

The Wrest Point Hotel Casino story begins with a Tasmanian entrepreneur by the name of Arthur Drysdale. In 1936 he bought what he believed to be an ideal section of land in Hobart and decided that this would be the site of Australia’s finest hotel. Despite numerous setbacks and challenges, including the Great Depression and World War II, he managed to get the Wrest Point Riviera Hotel built and opened in 1939.

In 1956, the Wrest Point Riviera Hotel was booming and led the nightlife and fashion scene in Hobart. The hotel was offered to the oldest hotel group in Australia, the Federal Group, and they bought it that same year.  During the 1960s, the Federal Group appreciated the popularity of the Wrest Point Hotel, but wanted to expand the business prospects even more. They realised that Tasmania as a brand had not been advertised much and was barely known on mainland Australia. In an effort to promote the entire tourism industry and create a draw card for Australians, the Federal Group went about trying to secure Australia’s first casino license.

The First Casino in Australia

The Hotel Group sent one of their executives to negotiate the casino licence, and after working with the Tasmanian Premier at the time, Eric Reece, held a state referendum on the matter. The people of Tasmania narrowly voted in favour of having a casino, and construction of the casino began almost immediately.

The Wrest Point Hotel Casino is a 17-storey hotel tower that contains a revolving restaurant at the top. It was designed by the celebrated architect Sir Roy Grounds, and even today, the 64 metre high octagonal hotel and casino tower remains the tallest building in the city and a landmark in Tasmania.

Over the years Wrest Point Hotel Casino has had a positive effect on the entire economy of the island, generating the current notable and thriving tourism industry and creating an environment of economic confidence in Tasmania. In addition, after opening in 1973, the Wrest Point Hotel Casino provided the catalytic effect for many Australian casinos to follow suit and thus spurred the entire antipodean casino industry.

In more recent times the Wrest Point Hotel Casino has been extended incrementally, adding a conference centre and boardwalk to the facility during the eighties and nineties. Even more recently, in 2015, a further development was announced that would add five new restaurants, numerous extra bars and a private VIP casino room. The casino too, is about to be comprehensively redecorated revamped, offering even more than https://www.australianpokiesonline.net/credit-card-online-pokies/, poker, keno and Tote services.