Having a Look at Batman Slot Online

Batman is an online slot game created by NYX. It is based, as the name clearly states, around the well loved DC comics character. From the very instant the player starts up the game it will become clear that an enormous amount of effort has gone into this game. The ultra high quality comic book style graphics virtually leap from the screen, and the suitably brooding music could easily feature in a high budget movie.

All the beloved characters are present and accounted for, including the Joker and commissioner Gordon, as well as a handful of Batman’s more famous gadgets. In terms of the game play Batman uses a standard five reel, fifty play line system, but it should be noted that the player is not given the option to manually select play lines. A very visually impressive mini-game, titled Descend into Madness, is activated by matching specific symbols, and rounds off what is already an outstanding casino slot game. Batman slot may be played on desktop computer, mobile phone and tablet.

In the world of Batman everything is dark and brooding, and the slot game is no exception. Every symbol has a visual design worthy of the Batman legacy, and from the Bat-Symbol scatter feature to the sneering Joker, the player will certainly get their worth where ambience is concerned. The Joker is the most valuable standard symbol, and pays out a great deal if matched the minimum of three times, and maximum of five times.

Commissioner Gordon is next in the value department, followed by the Bat-Mobile, a grappling hook, an acid spitting flower, and a playing card featuring the Joker’s face. In order to make real money, however, the player must turn their attention to Batman himself and the Bat-Signal. 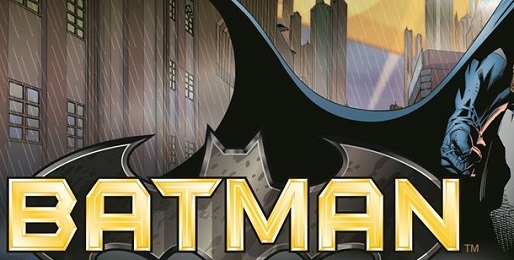 Batman’s scowling face is the wild symbol in this game, and doubles as a special feature. On occasion the wild symbol will expand to cover the entire row, accompanies by an animation. This allows for many more chances at creating winning sequences. The Bat-Signal is the scatter symbol, and if landed will give an instant enormous payout.

Note, however, the special bet button in the lower right of the screen. If pressing this button an extra ten coins will be added to the real money bet. If the scatter symbols are matched with the special bet activated, the Descend into Madness mini-game will be triggered. In the mini-game the player must hit the thugs with batarangs, by clicking on them, to revealing a hidden prize beneath.

These prizes will be added to the balance at the end of the sequence, which will occur if a thug reveals no prize after being knocked down, and is considered a booby-prize. If all thugs are cleared the Joker will appear, but quickly become hidden by playing cards. The player must select cards, and if revealing the Joker three times beneath them, will defeat the joker and save the day. In the case of the joker being defeated the player will be awarded a massive one hundred times the initial bet for that spin.